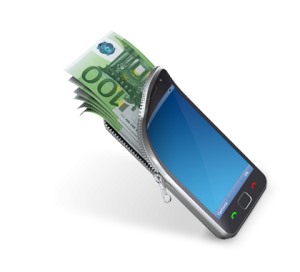 Adobe’s Digital Marketing Blog is one of the greatest sources to follow the most recent news and trends on online marketing. An interesting article by Aseem Chandra about the rise of mobile shopping makes very compelling arguments about why retailers should be focusing more on mobile now than ever before. According to Adobe Digital Index’s forecast, online shopping on American Thanksgiving Day this year will reach 31% of total online sales, up from 21% last year. Chandra argues that there are two main reasons behind the rise of mobile shopping:

Apple Pay seems to offer a very promising transition to a mobile payment system. Although still new and only available in the USA (with no plans to launch in Canada anytime soon), it is not hard to imagine that it will be the future of payment. The key strength of Apple Pay lies in its simplicity. Users don’t even have to wake their iPhones in order to make a transaction thanks to the near field transaction antenna thats built into the device. And with the breakthrough Touch ID technology, the transaction is securely completed, allowing for faster and secure payment. While it is still the early days of mobile payment, Apple is already building the system into its new devices such as the Watch that is due to be released in early 2015.

As Chandra notes in the article, it is important that retailers need to make sure they have the tech infrastructure to cater to the tech savvy users sooner rather than later. Despite the fact that it is still a new technology, it is without question that it will be the future of payment processing, which makes it crucial for retail stores to make sure they have the resources and the infrastructure to make the transition as smooth and as painless as possible.